In January, I posted about the “Top Three HIPAA Lessons Learned in 2015”, citing the need to encrypt portable devices containing PHI as the number one lesson learned.  In March, the Office of Civil Rights (OCR) announced two new resolution agreements – both stemming from the loss of unencrypted laptops.  It appears that OCR is beginning to lose patience with covered entities who fail to encrypt portable devices and protect patient health data.  Both resolution agreements were notable in their own right. 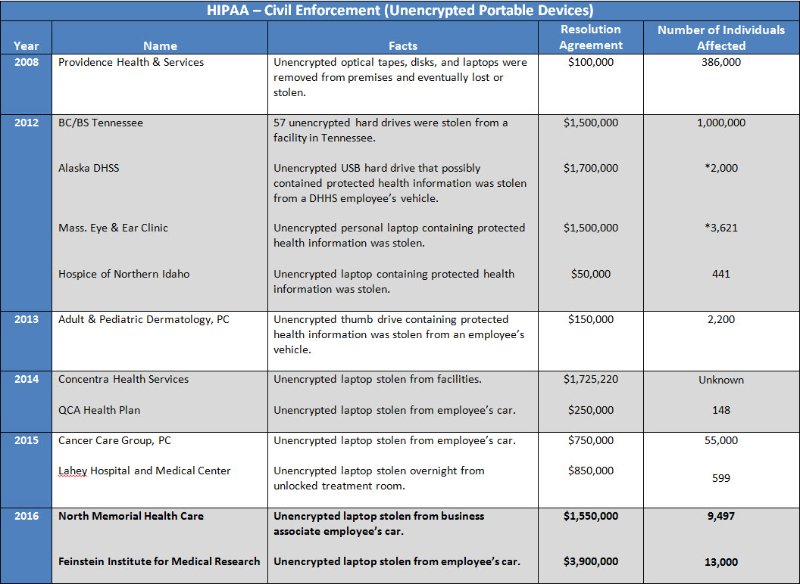 * Number of individuals affected reported by entity other than OCR.

As a law student, he focused primarily on international, administrative, and food law. During his final year at Howard, Mr. Pope gained additional insight into the FDA’s regulatory process while serving as a research assistant to his professor. He has also interned as a legal assistant for both the Ft. Monroe Garrison Office of the Staff Judge Advocate and the Office of the Naval Inspector General, opining on a variety of legal issues, including privacy law. Mr. Pope received his Bachelor of Arts degree in International Affairs from the University of Virginia and his Juris Doctor degree from the Howard University School of Law.