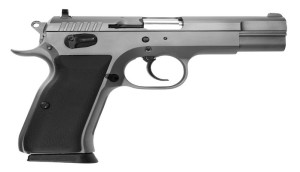 In my prior posts, I have provided an overview of the Florida law restricting physicians’ right to inquire about firearms, and I’ve reviewed the three-judge appellate decisions from 2014 and July 2015.

WHY DO WE HAVE YET ANOTHER OPINION?

As expected, the July 2015 opinion vacating the injunction against enforcement of the law was appealed. The doctors filed a petition again for rehearing en banc (to be heard before all judges of the court) on August 18, 2015.

WHAT WAS THE BASIS FOR THE APPEAL?

The basis of the petition for rehearing dealt with the level of First Amendment scrutiny. In the July 2015 opinion, the court applied an intermediate level of scrutiny because the physician’s speech is uttered in furtherance of the practice of medicine and the government has a strong interest in regulating the profession. The attorneys for the practitioners argue that a strict level of First Amendment scrutiny should have been applied based on Supreme Court precedent holding that strict scrutiny applies to content-based speech.

WAS THERE A REHEARING?

No. The court sua sponte (of its own accord) vacated the July 28, 2015 opinion and replaced it with a new one on December 14, 2015.  For the third time, only three judges decided the case instead of having all the judges of the court hear the case.

WHAT IS THE HOLDING OF THE DECEMBER 2015 OPINION?

The December 14, 2015 opinion holds that the Firearm Owners Privacy Act is “a permissible restriction of physician speech.” The bottom line in this opinion is the same as the previous one – the summary judgment is reversed and the injunction against enforcement is vacated. In fact, much of the language is repeated verbatim, but the court changes its First Amendment scrutiny analysis.

WAS THERE A DISSENTING OPINION AS THERE WAS IN THE PRIOR TWO DECISIONS FROM THIS COURT?

Yes – the same judge dissented for the third time, saying the following:

“Having considered all these arguments for and against the constitutionality of this state law, I continue to believe that it does not survive First Amendment scrutiny. However, I have already written two dissents to this effect, and the plaintiffs have sought en banc review.  Accordingly, I decline to pen another dissent responding to the Majority’s evolving rationale.  I rest on my previous dissents.”

IS THIS THE “FINAL ANSWER” OR CAN THERE BE YET ANOTHER APPEAL?

The physicians have indicated that they will appeal once again and will again request an en banc hearing.

BASED ON THIS NEW OPINION, HAS THE RISK MANAGEMENT ADVICE CHANGED?

No. The risk management advice continues to be the following:

WHAT IS THE BASIS FOR THIS RISK MANAGEMENT ADVICE?

The following quotes, originally found in the July 2015 opinion, are repeated in the court’s December 2015 opinion:

“The Act does not prevent physicians from speaking with patients about firearms generally. Nor does it prohibit specific inquiry or record-keeping about a patient’s firearm-ownership status when the physician determines in good faith, based on the circumstances of that patient’s case, that such information is relevant to the patient’s medical care or safety, or the safety of others.”

“Logically, when a physician does not know that information concerning firearm ownership is irrelevant to the patient’s medical care or safety, or the safety of others, the prohibition does not apply.”

“[P]hysicians may inquire whenever they believe in good faith that firearm ownership information is relevant to medical care or safety.”

“Thus, a physician may make inquiries as to the firearm-ownership status of any or all patients, so long as they do so with the good-faith belief – based on the specifics of the patient’s case – that the inquiry is relevant to the patient’s medical care or safety, or the safety of others.”

“For example, if a patient is suicidal, a physician may wish to attempt to persuade the patient to remove firearms from the patient’s home, even if the patient initially objects. So even if the patient considers the physician’s firearm-related health and safety advice to be harassing, the inclusion of the modifier ‘unnecessarily’ leaves room for the physician to deliver such advice when necessary to medical care or safety, consistent with the Act’s other provisions.”

“…so long as a physician is operating in good faith within the boundaries of good medical practice, and is providing only firearm safety advice that is relevant and necessary, he need not fear discipline at the hands of the Board or a money judgment in a court of law.” 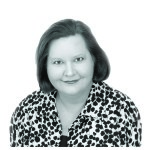 Donna Vanderpool, MBA, JD – Vice President   As Vice President of Risk Management, Ms. Vanderpool is responsible for the development and implementation of PRMS’s risk management services for The Psychiatrists’ Program. Ms. Vanderpool has developed expertise in the areas of HIPAA and forensic practice, and has consulted, written and spoken nationally on these and other healthcare law and risk management topics. She most recently contributed to a chapter in Gun Violence and Mental Health (APPI), authored chapters on telepsychiatry in Mental Health Practice in a Digital World (Springer) and Psychoanalysis Online 2 (Karnac). She also has co-edited and contributed chapters to several other clinical textbooks. Prior to joining PRMS in 2000, Ms. Vanderpool practiced criminal defense law, taught business and legal courses, and spent eight years managing a general surgical practice. Ms. Vanderpool received a Bachelor’s degree in Business Administration and Management from James Madison University. She also earned a Master of Business Administration degree and Juris Doctor degree from George Mason University. Follow Donna on LinkedIn.