Tonya Davies CPCU, ARe, wasn’t even sure how to spell actuary, much less what it meant, when a guidance counselor suggested it as a career path for her after she aced a college calculus class.

But it turns out she had found her sweet spot. Davies has spent the past 25 years underwriting medical professional liability for hospitals, physicians, long-term care and other facilities. She has worked as an underwriter, facultative reinsurer and most recently, in treaty reinsurance.

And now she is PRMS’ new business leader, where she will oversee a staff of 35 and the servicing of clients, help develop new business opportunities, establish strategic initiatives and set and monitor financial and nonfinancial targets. Davies, who lives in Jersey City, New Jersey, has spent her entire career in New York City, although in her new role, she will split her time between New York and PRMS’ headquarters in Arlington, Virginia

Davies was born in Cleveland, Ohio, and her family moved to Columbus, Georgia when she was 10. As a child, Davies wanted to be a lawyer. She headed to the University of Georgia and had not decided on a major until her sophomore year when, after taking a calculus course, a guidance counselor suggested she consider becoming an actuary.

“I didn’t know what an actuary was and couldn’t even spell the word at the time,” Davies recalled recently. She took her first insurance class as a junior, later graduating with a Bachelor of Business Administration in Risk Management and Insurance from the University of Georgia Terry College of Business in 1995.

After an internship in her senior year, Davies landed her first job as an underwriter as part of the AIG Professional Associates Program in AIG Healthcare’s Medical Professional Liability group, where she spent three years.  “After that internship, I knew I was hooked and that I was all into insurance,” Davies said. After leaving AIG, Davies spent two years as an underwriter at Zurich Healthcare.

She joined Transatlantic Reinsurance (TransRe) in 2000 as an underwriter in the Healthcare Professional Liability Facultative Department. She rose quickly with promotions to Senior Underwriter and then Assistant Vice President in this division.  In 2004, Davies moved to a new role in the TransRe Healthcare Treaty Department and was promoted to Vice President in 2011. In this position, Davies underwrote, negotiated and serviced $29 million in business across 15 cedants writing policies for physicians and hospitals throughout the United States. In January, Davies was promoted to Senior Vice President of TransRe.

Davies’ ascent in the male-dominated reinsurance industry makes her a standout. The middle of three children, she attributes her success in large part to her accountant father and homemaker mother, who she calls her biggest cheerleaders. Davies said they instilled in her and her sister, early on, the importance of being strong and confident despite their gender.

“They taught us to be independent thinkers and to be independent in our actions and how we reacted, and really gave me the ability and confidence to speak up for myself,” Davies said. Another long-term mentor is a former AIG colleague who Davies says not only taught her how to underwrite medical professional liability insurance but encouraged Davies to think of herself “not only as his equal in business, but as everyone’s equal in business,“ adding that those were  valuable lessons that have really helped her navigate the industry.

Davies’ first step in her new role with PRMS has been to attend several psychiatric association events to meet PRMS physician clients as well as members and executive directors of partner organizations. She is looking forward to continuing to meet with psychiatrists and to learn about the goals and initiatives of behavioral healthcare organizations and the communities served.

“When you come into a new role like this, there is so much excitement,” Davies said. “I’ve had some doctors pull me aside to talk about some things that they feel are important, so I’m still in the fact-gathering stage getting ideas from people on the front lines about what they feel is needed and how we can continue to work together.”

PRMS provides medical professional liability insurance for psychiatrists and psychiatric group practices but like its tagline says, it’s more than an insurance policy. That is why Davies plans to focus her work not only on the business and making sure that PRMS clients have the protection that they need, but also to continue PRMS’ support of many mental health initiatives.

PRMS has been a long-time supporter of a variety of organizations dedicated to mental health awareness and accessibility including NAMI, Give an Hour, the United Nations’ NGO Committee on Mental Health, American Foundation for Suicide Prevention, and psychiatric society foundations’ outreach initiatives.

“Everyone is talking about mental health right now and it’s an extremely important part of our healthcare system. But this area is still very much misunderstood and unfortunately, oftentimes there’s a stigma attached to people with mental health conditions,” said Davies. “I believe as a society we should have a greater patience and a greater understanding about mental illness,” Davies added. “Our brand has long been an advocate of mental health and personally, I look forward to hearing from our partners and the organizations we support about how we can further support those within the behavioral healthcare community and how we can be an agent of change to assist society to narrow the gap around understanding of mental illness.”

Outside the hectic world of insurance, Davies enjoys travel and says she can’t get enough of true-crime documentaries on television, particularly those on the Investigation Discovery network: “Some of it is just unbelievable and you think ‘You can’t make some of these things up.’”

Davies says people would describe her as fair, extremely disciplined, driven, and as an “out-of-the-box thinker,” a skill she honed as an underwriter. After all, just like the detectives who solve major crimes in the documentaries she loves to watch, her job requires poring through the facts and attention to detail, something Davies has spent her entire career doing.

And that is just what Davies plans to do in working alongside the PRMS team, who she calls the company’s biggest asset.

“My colleagues at PRMS are so passionate about the work they do,” Davies said. “Whether they have been here for 30 years or three, everyone takes great ownership, accountability and pride in what we bring to psychiatrists and the medical professional liability arena in this very important specialty.” 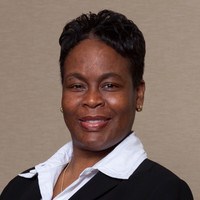