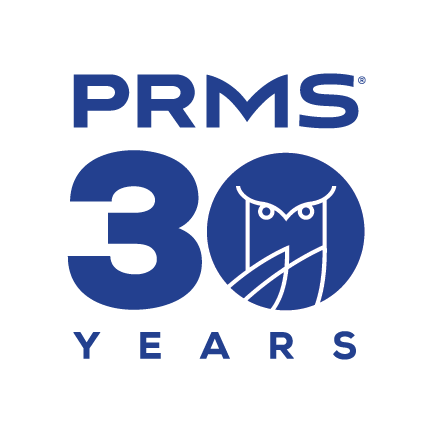 Professional Risk Management Services, Inc. (PRMS) celebrated its 30th year in November 2016 and plans to recognize the milestone throughout the upcoming year with special client initiatives, a series of 30 service projects and more.

“We are proud to celebrate our three decades of serving the professional liability insurance needs of tens of thousands of psychiatrists,” said Stephen Sills, PRMS Chairman and CEO. “Since 1986, everything we have done at PRMS is designed to support psychiatrists, psychiatric organizations and in turn, serve the behavioral healthcare community.” Sills said he feels fortunate to work “with some of the most experienced and qualified professionals in the country.”

PRMS was founded at time when the U.S. was in the midst of an insurance crisis that made malpractice insurance difficult to find. In 1984, faced with a serious lack of coverage for its members, the American Psychiatric Association (APA) established its own insurance program, known as the APA Insurance Trust. In 1986, the APA Board of Trustees founded PRMS to manage its insurance program.

Melanie Smith, PRMS Senior Vice President of Client Relations, who has worked at PRMS since its inception, said it has been “a privilege to meet and work with some of the finest psychiatrists in the nation,” as well as the dedicated staff of the APA, district branches and PRMS. Reflecting on her tenure, Smith called her career “a humbling and heartwarming experience.  I have met incredible people – a survivor of Auschwitz, a pioneer in the study of bi-polar disorder among the Amish, a doctor who gave up his California practice to serve his country and profession in western Africa, doctors tirelessly working to combat suicide in the military, doctors dedicated to treating homeless AIDS patients, and so many more outstanding physicians.”

The company’s focus on expertise, collaboration, professionalism and personalized service has made it a true partner to the psychiatric profession. Over the years, PRMS has managed more than 200,000 psychiatric policies. Today, over 1,000 of the doctors in practice who bought insurance from PRMS when it was founded are still insured by PRMS. In their honor, PRMS will make a donation to the National Alliance on Mental Illness (NAMI).

PRMS also takes pride in being a company that cares about community – locally and nationally. Through the years, it has participated in many projects and raised money in support of those in need.  This September, PRMS employees participated in Honor Courage Commitment, Inc.’s #22PushUpChallenge aimed at raising awareness of the importance of mental health issues among veterans. The video can be seen here. The company also recently supported the United Nation’s 20th Anniversary of the NGO Committee on Mental Health, which promotes mental health awareness globally.

“As our tagline says, PRMS is more than an insurance policy,” Sills said. “Every day brings a new reward, sometimes a new challenge. But there is a sense of collegiality and mission to always do what is right for our clients. And in the ever-changing professional liability environment, it is important to have a trusted team of professionals with a proven track record on your side.”

PRMS looks forward to continuing to demonstrate the genuine caring for psychiatrists and the patients that they serve – for the next decade, and beyond.